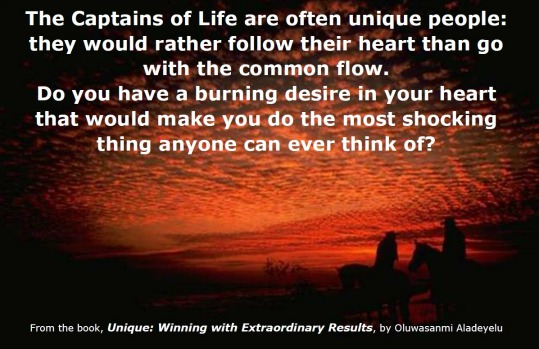 In our darkest moments, some of the most inspirational people we can ever draw comfort and strength from are the great characters of the Bible. They too went through difficult trials, some even to the point of death. But they never gave up; they pressed on in faith and emerged victorious.

Their stories are told with keen insight in the book, Unique: Winning with Extraordinary Results (author: Oluwasanmi Aladeyelu; editor: Ursula Lang). Below are excerpts taken from the book.

Really Inspirational People: meet the father who won his daughter back from the dead

A ruler came and knelt before him and said, “My daughter has just died. But come and put your hand on her, and she will live.” Jesus got up and went with him, and so did his disciples.

The situation Jairus was in — his daughter had just died — did not call for panic as long as he could gain access into God’s presence. He had his struggles but you would hardly know it, so confident was he in God’s ability to help him that he appeared to be unperturbed by his crisis.

When death did its worst, he did not think next about funeral arrangements but how to get his daughter a new lease of life. This man of great faith surely counts as one of the most inspirational people of the Bible, one we can learn much from.

He refused to call for his daughter’s funeral until he had prayed for the restoration of her life. And, when he prayed, he did it decisively, not doubtfully. He not only asked Jesus to come and pray for his dead daughter, he actually asked Him to come and restore life back to her: “She is dead — fine! But I know that when you come onstage, the story will change; death will have to give way to life.”

Failure is not enough to discourage a winning spirit. Death cannot stop Life, if you insist on winning and living.

Really Inspirational People: meet the mother who persisted even when she was called a dog

Leaving that place, Jesus withdrew to the region of Tyre and Sidon. A Canaanite woman from that vicinity came to him, crying out, “Lord, Son of David, have mercy on me! My daughter is suffering terribly from demon-possession.”

Jesus did not answer a word. So his disciples came to him and urged him, “Send her away, for she keeps crying out after us.”

He answered, “I was sent only to the lost sheep of Israel.”

The woman came and knelt before him. “Lord, help me!” she said.

He replied, “It is not right to take the children’s bread and toss it to their dogs.”

“Yes Lord,” she said, “but even the dogs eat the crumbs that fall from their masters’ table.”

Then Jesus answered, “Woman, you have great faith! Your request is granted.”

And her daughter was healed from that very hour.

Scripture called the mother in the above passage “a Canaanite woman from that vicinity” — a “nobody”, to be precise! All we know about her is that she was not born an Israelite — in other words, by the class distinctions of that time, she was not from the upper echelons of society.

This Canaanite woman, however, was sharp — very sharp — in the way she appealed for help. She had a better understanding of her rights as a dog than the children of Israel had of their kingdom privileges — to their detriment.

Really Inspirational People: meet the woman who refused to give up on an unpopular Leader

"Early on the first day of the week, while it was still dark, Mary Magdalene went to the tomb..."

Believe me; Mary went after an unpopular Savior — the Jesus who refused to prove His claims as King and who would not employ His powers to quell the public ridicule that eventually sent Him to the cross and to the crypt. But praise God it wasn’t forever! It was but for a season and to accomplish a purpose! God had a goal. He also had strategies.

It takes a unique person to be a fan of such an unpopular champion, and the Captains of Life are often such unique people: they would rather follow their heart than go with the common flow. Do you have a burning desire in your heart that would make you do the most shocking thing anyone can ever think of?

What is the value you place on God and how well can you go on without Him? Will you still wait for Him when everyone else has walked away?

Mary waited for her Lord; she placed much more value on Him than others did. They left; she stayed. She is one of the most inspirational people we can all learn from, one who embodies what it means to be a true follower of the Savior. 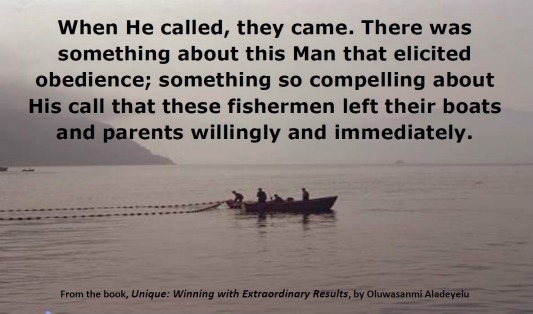 Really Inspirational People: here's Someone you would love to meet

Jesus called them, and immediately they left the boat and their father and followed him.

When He called, they came. There was something about this Man that elicited obedience; something so compelling about His call that these fishermen left their boats and parents willingly and immediately.

They must have been glad that the Lord had chosen them; that’s why they jumped at His call as fast as they could. It was not because He had a macho personality or divine power that could draw men to Him, but because He was the quintessence of all that they desired.

Jesus is someone anyone would love to meet. Have you met Him yourself?

If you have enjoyed the above excerpts, you might want to try these others:

Inspirational People of the Bible